Manufacturing, distribution, and recycling network that covers all of Japan

With expansion of the market,
manufacturing plants are located nationwide
to ensure a stable product supply. 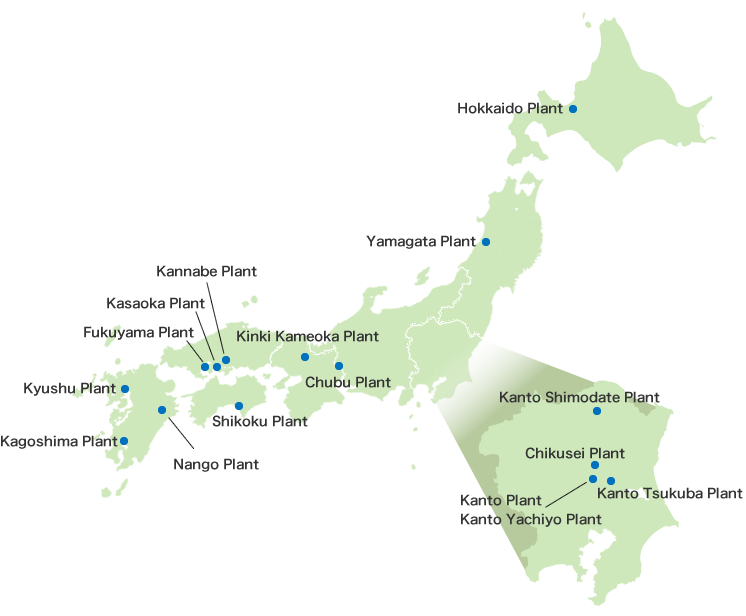 Build a distribution network
that fully covers all of Japan

Realize efficient distribution and strengthen the handling of risks such as natural disasters.
Stable supply at optimum distribution costs for customers nationwide is realized. 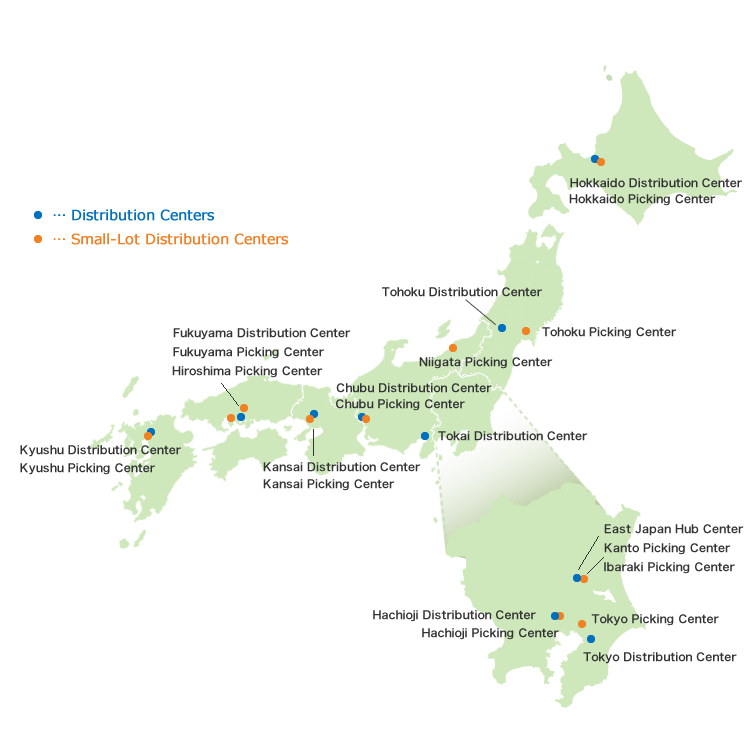 Recycling business where the environment and employment opportunities
for the disabled are integrated is developed nationwide. 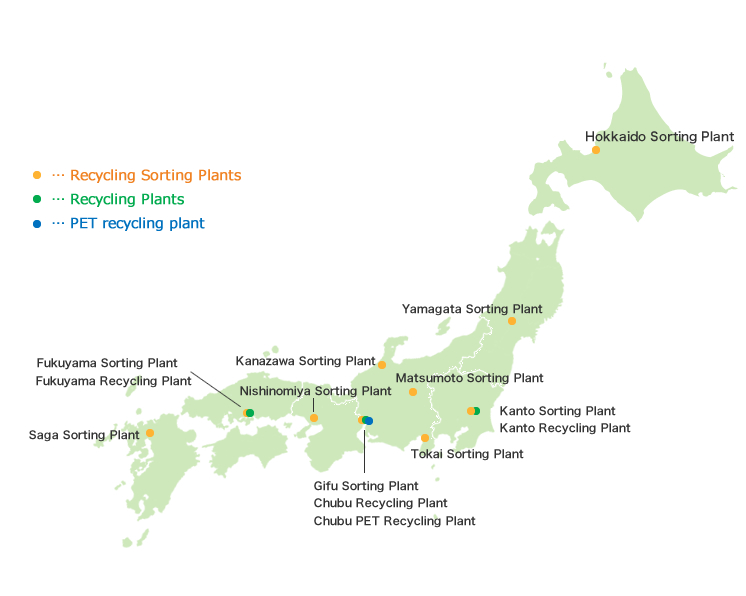 Installation of an SCM system that realizes optimization of total cost

Along with building a nationwide infrastructure network, FPCO Group has also installed an SCM (supply chain management) system. The SCM system draws up manufacturing schedules and centrally manages materials procurement planning, product supply planning, and inventory planning, based on the sales plans of sales departments. Mold tools which are essential in manufacturing are moved to manufacturing plants in a planned manner in accordance with demand. By operating this system, we are realizing overall optimized distribution costs through expanded manufacturing at points of demand where the benefits of cost reductions are large thus enabling effective distribution to delivery points. 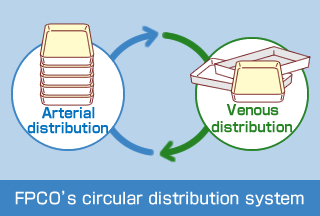 As a manufacturer of food containers, FPCO is proud of its largest network of distribution sites in Japan. We built a framework for flexibly operating space and human resources on a consistent basis and are carrying out the distribution of packing materials and consumables required by packing materials wholesalers and supermarkets, centered on food tray containers. In addition, we have also prepared a small lot distribution center function for performing small lot shipments to stores.

FPCO not only carries out product shipments in units of cases, but also have a system to carry picking service to deliver in small lots. This makes it possible to pack and ship packing materials and consumables procured from manufacturers, such as food containers and stickers, to individual shops and departments. We carry out picking in accordance with the customer's needs to deliver the optimum amount.