In the 1980s, the problem of waste handling by municipalities around Japan developed into a serious social issue.
FP Corporation was among the first companies to address the problem with the launch of the FPCO method recycling in 1990.
Today, used container collection boxes placed at supermarkets have become a common sight that we take for granted.
These green boxes linking consumers with FP Corporation are the start of a large tray-to-tray cycle.
Even so, the current used food tray collection rate has stalled at around 30%, necessitating further expansion of the movement.
In contrast to subterranean resources such as crude oil, FP Corporation refers to used containers as “terrestrial resources.”
With everyone’s help, FP Corporation will continue with significant steps to foster the process of recycling activities enabling the continued use of terrestrial resources.

Tray  to Tray™ and Bottle to Tray™  Recycling 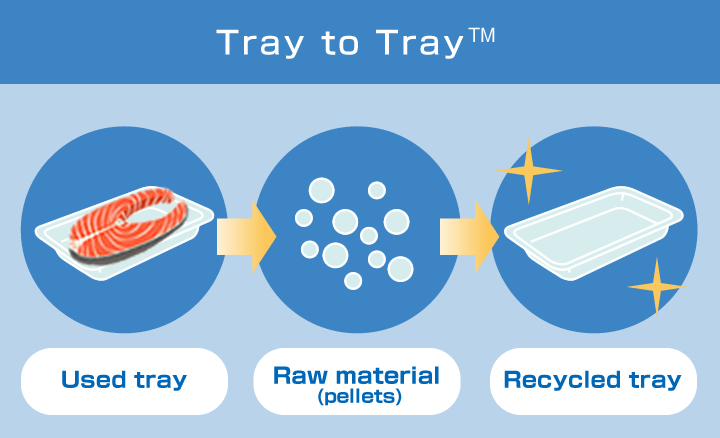 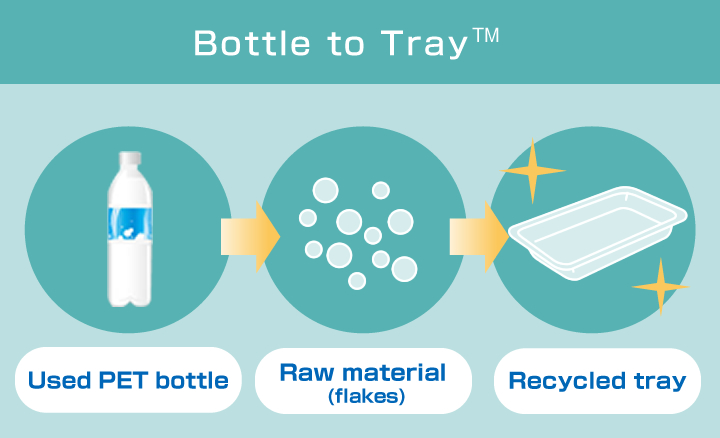 The recycling of used trays and PET bottles cannot be undertaken by FPCO alone. We also ask consumers to take part in our recycling, in which everyone participates.
Consumers clean and dry used trays and put them into collection boxes placed at supermarkets and other retail stores. They are collected and brought to us by delivery trucks on their way back, and we then recycle them.
When four parties work together, a large quantity of used trays and PET bottles can be recycled efficiently without waste.

Flow of recyclingWe introduce the flow of each recycling.